A judge has ordered Amazon to refund the parents of children who made in-app purchases on Kindle and Android devices without their consent between 2011 and 2014.

It follows successful legal action by the US Federal Trade Commission (FTC).

Judge Coughenour said the figure was “too high”, Reuters reported.

He also turned down the request to offer reimbursement in the form of gift cards.

The option of paying for extra content inside mobile apps such as games and music platforms was launched by Amazon and other platforms in 2011.

Parents complained that it was too easy for children to make purchases, either by accident or without authorisation, while playing games.

The FTC launched legal action in 2014. 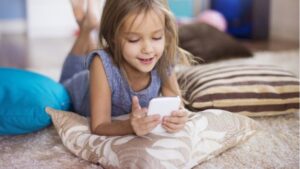 “When in-app charges was introduced to the Amazon Appstore in November 2011, there were no password requirements of any kind on in-app charges, including in kids’ games and other apps that appeal to children,” it said at the time.

It also gave the example of a game called Ice Age Village, in which children were able to use free “acorns” or “coins” as currency but were also able to purchase more of them with actual money in a scene that was “visually similar” to the free exchange.

Since 2014, there is change in how in-app purchases are described in its app store and refined its authorisation experience. In-app purchases can be disabled completely with the company’s parental control options.

When it sued Amazon in 2014, the FTC also launched legal action against Apple and Google. In separate settlements Apple agreed to refund customers more than $30m (£20m) and Google about $19m (£13m). The judge ruled against Amazon in April 2016 and has now issued the refund order. The FTC and Amazon have been contacted by the BBC for comment