iOS 10 problems: How to fix the most common issues Apple’s iOS 10 update is out, but that just means problems are in

iOS 10 has launched, but unfortunately there have been reports of a number of problems plaguing people’s iPhones and iPads after updating, and if you’ve encountered any don’t panic as there are many ways to fix iOS 10 problems.

There are both intentional changes by Apple that need to be remedied for some users, and unintentional glitches due to bad code that we can help alleviate.

From poor battery life, to spotty Bluetooth connectivity, to iPhones and iPads bricking when trying to update, here’s our all-encompassing guide to solving your iOS 10 problems.

iOS 10.1 will likely address battery life drain, but until that happens, here’s what we found works to increase the uptime of our iPhone and iPad.

Turn off background app refresh in Settings > General > Background App Refresh. It’ll give you a list of apps, and you don’t really need a lot of these to constantly update in the background. It’s a big battery life killer.

Turn off Fitness Tracking and non-essential apps tucked away in Settings > Privacy > Motion & Fitness. If you have an Apple Watch, you don’t need fitness tracking on your phone. We also found Health, Microsoft Health, TripAdvisor and Waze keeping tabs on us and wasting battery life. No thanks.

Turn Wi-Fi on and off at the right times. When you’re at home or work, make sure you’re connected to Wi-Fi instead of cellular. When you’re out, prevent your iPhone from constantly hunting for open Wi-Fi networks when there are none you can join. The swipe-up-from-the-bottom Control Center has a handy toggle for W-Fi.

Keep that brightness slider in check. Display brightness is the #1 battery life killer, so stop lighting up your phone every two minutes just to check the time. Spoiler alert: it’s two minutes later than the last time you checked.

Keep track which apps are draining your battery life the most. Now every app is tuned to the iOS 10 update and could be wasting precious battery. Head to Settings > Battery to see the top villains here, especially Twitter and music-streaming apps.

While the beta went well for us, the final launch of iOS 10 has bricked a number of iPhones and iPads. That’s disheartening for Apple fans after a solid three-month beta 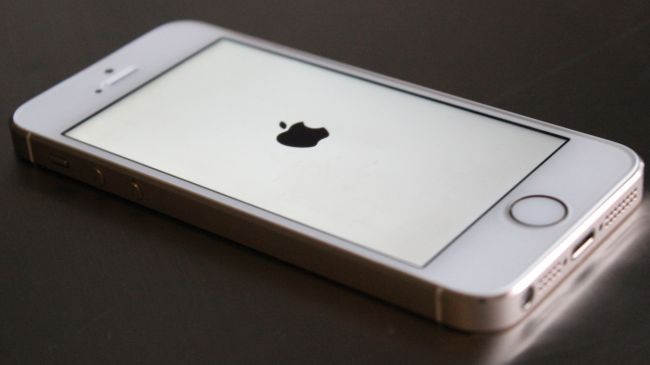 The solution here is a simple one, thankfully: good ol’ iTunes (you hate it, but love it when you need it) has had success in restoring afflicted Apple devices. Time to resort to a Mac or PC.

With the news of iOS 10 bricking iPhones and iPads around the world, now is a good time to mention that you should always back up your devices before updating.

Over-the-air (OTA) updates have made us lazy when it comes to backing up our precious iPhone and iPad data. And iCloud backups work, but only if you’re paying Apple enough to back up your entire storage capacity.

This problem creeps up every year, and it’s likely to be no different with iOS 10. Just give it time – people will be complaining about Wi-Fi and Bluetooth. 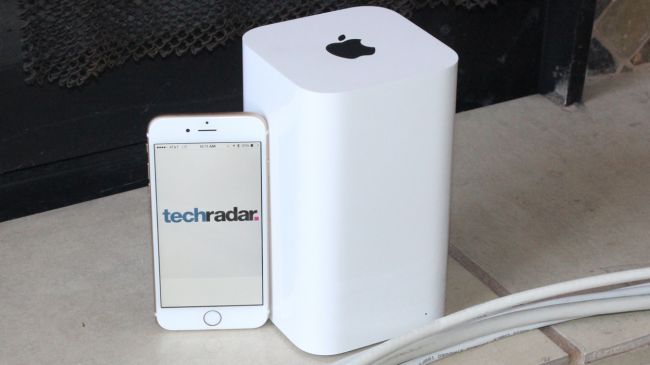 Here’s what we’ve done to resolve both Wi-Fi and Bluetooth problems in one fell swoop: Go to Settings > General > Reset > Reset Network Settings. It’s the third option down, and you’ll want to avoid Reset All Settings and Erase All Content and Settings.

By selecting Reset Network Settings you’ll keep your data intact, but your wireless connects will be back to their default settings. That usually solves our issues.

iOS 10 changes the home button functionality now that ‘Slide to Unlock’ is no more. It actually makes you press in on the Touch ID fingerprint sensor 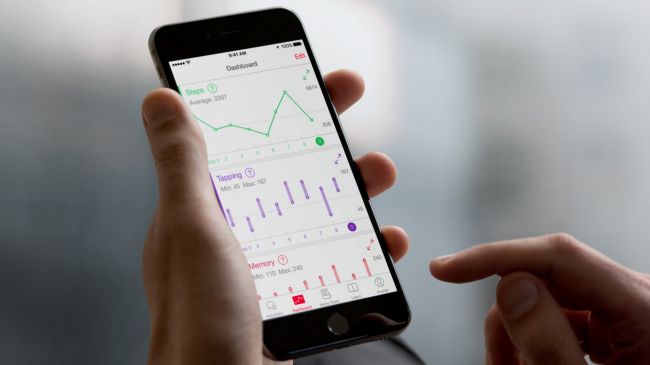 Is that too much work for you? Apple didn’t seem to think so when it developed iOS 10, but here’s a quick fix in case you want to go back to the old way of unlocking your phone.

This will enable you to open your iPhone or iPad with Touch ID, without having to press the home button any more. 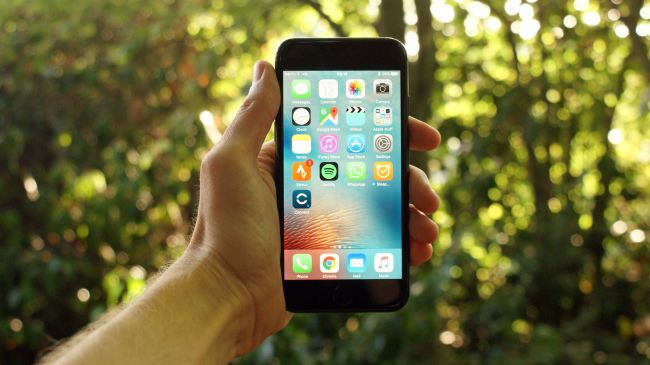 If you’ve updated to iOS 10 and your iPhone loses signal, you may find that the phone can’t reconnect to a network afterwards, even when moving into an area where you know you receive signal.

If you restart your iPhone you’ll be reconnected to the network. While this is a temporary solution, it’s not perfect, as if you lose signal again you won’t be able to reconnect until you restart.

You can also turn on Airplane mode, then turn it off again to reconnect. Some mobile networks are also suggesting that you reinstall iOS 10, but this time update it by plugging it into your PC or Mac and using iTunes.

Some iPhone owners are experiencing problems connecting to their mobile network after updating to iOS 10, with their devices either not finding a network, or having greatly reduced reception.

Many people suffering from this are on T-Mobile and the network is aware of the problem and is working on an update that they will push out to customers in the next few days.

If you can’t wait that long, it may be worth trying the solution above, where you downgrade to a previous version of iOS, and then update to iOS 10 via iTunes.

No iMessage notifications in iOS 10

If you’ve updated to iOS 10 and notice that you’re no longer getting notifications when you receive an iMessage, check your notification settings by going to Settings > Notifications > Messages.

Make sure all the toggles next to each option are switched on, and that the selected alert style is ‘Banner’.

Purchased ringtones have vanished in iOS 10 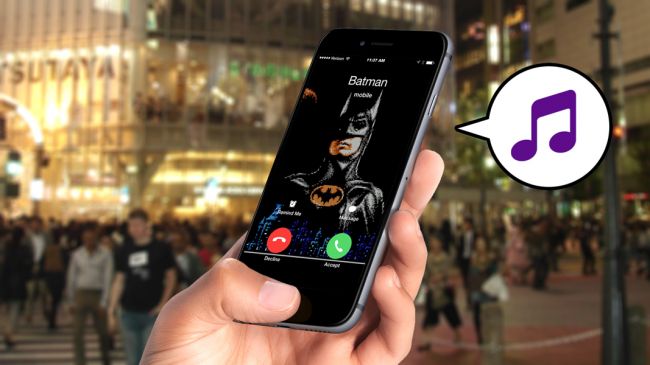 If you’ve bought and downloaded custom ringtones, you may not be able to find them if you’ve updated to iOS 10.

This is a problem that has happened in previous updates, and thankfully there’s an easy way to get them back without having to purchase the ringtones all over again.

Simply plug your iPhone or iPad into your PC or Mac and launch iTunes. Click on your device in the top menu, and under where it says ‘On My Device’ click ‘Tones’.

Now make sure the check box next to ‘Sync Tones’ is selected. and you’ll be asked if you agree to removing and replacing your ringtones. Agree, and the sync process will start.

Device gets hot when charging after iOS 10 update

If you’ve noticed that your iPhone or iPad has started to heat up when charging after being updating to iOS 10, don’t panic.

Even though it doesn’t look like it, iOS 10 may still be updating apps in the background immediately after the update, so when it’s being charged it may run hotter than usual.

Give it time, and hopefully your iPhone or iPad will return to normal temperatures when charging.

Some iPhone owners are reporting that when trying to sync photo albums from their Macs to their iPhones running iOS 10, the photos sync to the device, but their respective albums aren’t showing.

So, while the photos are on the iPhone, they can be difficult to find, as they’re no longer sorted in the albums they usually appear in.

One user on the Apple Support forum found that by opening a folder on their Mac called ‘iPhone’ they found lots of subfolders containing photos. Usually this folder and its subfolders get synced. To fix the problem, they added two new subfolders into the iPhone folder and tried to sync – and it worked, with all the albums then appearing as they should in iOS 10. 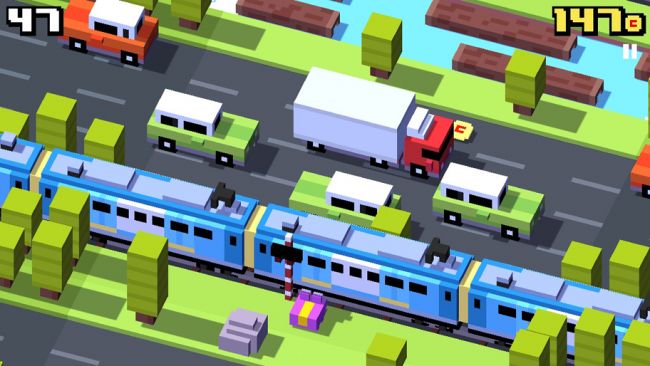 If you find that graphically intensive games are now slow to open, and feel sluggish when played, then close down all of your open apps, then press and hold the power and home buttons for 10 seconds until the Apple logo appears.

This resets the device, which should sort out any problems. It’s also worth making sure that you have the latest version of the game installed, as app makers may have released an update to make their apps and games work better with iOS 10.

If you’re using iOS 10 and you open up the Mail app, you may be greeted with a blank screen. A number of iOS 10 users are reporting this problem, and they all seem to have one thing in common: having an apostrophe in their email address.

It appears that a bug in iOS 10 is preventing the Mail app from showing these addresses. So, if you do have an email address with an apostrophe in it, you’ll have to wait for a fix from Apple. In the meantime, if you have other email accounts you can make emails to those addresses appear by removing the mail account with the apostrophe from the Mail app. The other email addresses will now appear.

Many email accounts let you forward mail to another email address, so until a fix is released you could set emails that go to your email address with an apostrophe to be forwarded to another address. The process for this varies depending on the email provider, so visit the website of the company that supplies your email address for more information.

We’re in the first days of Apple’s new operating system availability, and we can guarantee that there will be more iOS 10 problems discovered.

Have you experienced any errors, glitches or issues that we haven’t addressed? Feel free to leave them in the comments, and we’ll add them to the ever-growing list. iOS 10 is good, but it’s not perfect.