Code.gov, a U.S. government website for promoting the sharing of custom-developed software code, was launched Thursday with listings of nearly 50 open-source projects from various government agencies.

The move follows the announcement by the White House in August of a Federal Source Code policy that would promote reuse of new custom source code developed by agencies across the federal government to prevent replication of work and expense. The agencies are also required to make some of the software available to the public under an open-source license.

“Built in the open, the newly-launched Code.gov already boasts access to nearly 50 open source projects from over 10 agencies – and we expect this number to grow over the coming months as agencies work to implement the Federal Source Code Policy,” wrote U.S. CIO Tony Scott, in a blog post. Thirteen agencies, including the Consumer Financial Protection Bureau, departments of Commerce, Energy, Labor, Treasury, Agriculture and Veterans Affairs, NASA, the office of the President, the Environmental Protection Agency and General Services Administration, have listed some of their projects on the website.

Each agency’s inventory will be reflected on Code.gov and will indicate whether the code is available for federal reuse, is available publicly as open source software, or cannot be made available under a specific exemption allowed in the policy. 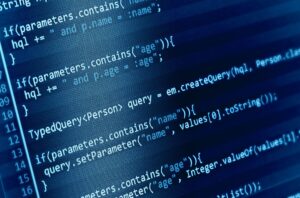 An Open Source Pilot Program under the new policy requires agencies, commissioning new custom software, to release at least 20 percent of new custom-developed federal source code to the public as open source for three years. Source code developed by National Security Systems is exempt from the new policy and will continue to follow existing rules and internal agency policies.

“We’re excited about today’s launch, and envision Code.gov becoming yet another creative platform that gives citizens the ability to participate in making government services more effective, accessible, and transparent,” wrote Scott, who also expects state and local government and developers to reuse the code to develop similar services.