in Business, E-commerce, iT news

The value of bitcoin plunged last month, amid fears that trading was about to be banned in South Korea. It then stabilised briefly, before plummeting again. The volatile cryptocurrency’s value has shifted wildly ever since mid-December – when it hit a record high of more than $19,850 – with frequent heavy drops and speedy recoveries.

The rapid drops are partly the result of continuing fears about regulation, as well as anxiety provoked by a series of high-profile thefts.

Its value tumbled spectacularly at the start of February, falling from $10,000 to $6,000 in four days. However, it gradually recovered during the following weeks. It is worth $10,157 as of Thursday morning UK time, according to the Coinbaseexchange. 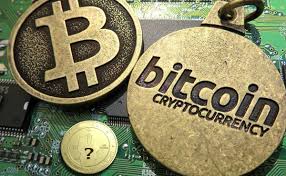 The most recent price drops were huge and followed reports about potential cryptocurrency regulation and trading bans. South Korea recently banned people from trading bitcoin and other digital currencies anonymously, but says it isn’t planning to make cryptocurrency exchanges illegal.

Meanwhile, Theresa May has hinted that the UK government could introduce similar measures, and the US government is concerned about bitcoin’s popularity amongst criminals.

Recent goings-on have demonstrated just how quickly things can change for investors. The cryptocurrency’s value plummeted ahead of Christmas, dropping by almost $2,000 in just an hour at one point, and almost slipping below the $11,000 mark. It then bounced back, before tumbling again in mid-January, recovering again, and plummeting at the start of February.

Bitcoin is notoriously volatile, and its value is expected to continue to shift unpredictably. Its rise last year also led to increasing amounts of interest in other digital currencies, such as ethereum, litecoin and Ripple XRP, and more and more people are now looking to invest in digital currencies.

However, there are serious fears that bitcoin has created a bubble that could burst at any moment. Numerous financial experts have advised potential investors to avoid getting involved with bitcoin, and the SEC has told people to “exercise caution” and be wary of scammers.

But others have speculated that it could eventually rise towards the $1m mark. Bitcoin has no central bank and isn’t linked to or regulated by any state. An anonymised record of every bitcoin transaction is stored on a huge public ledger known as a blockchain.

However, transactions made with the cryptocurrency are irreversible, which makes investors in bitcoin attractive targets for cybercriminals.

This article is being regularly updated to reflect bitcoin’s latest value.

We’ve teamed up with cryptocurrency trading platform eToro. Click here to get the latest Bitcoin rates and start trading. Remember that returns are not guaranteed, so you could get back less than you invested.

The Independent’s group on Facebook is the best place to follow the latest discussions and developments in crypto-currency. Join here for the latest on how people are making money – and how they’re losing it.